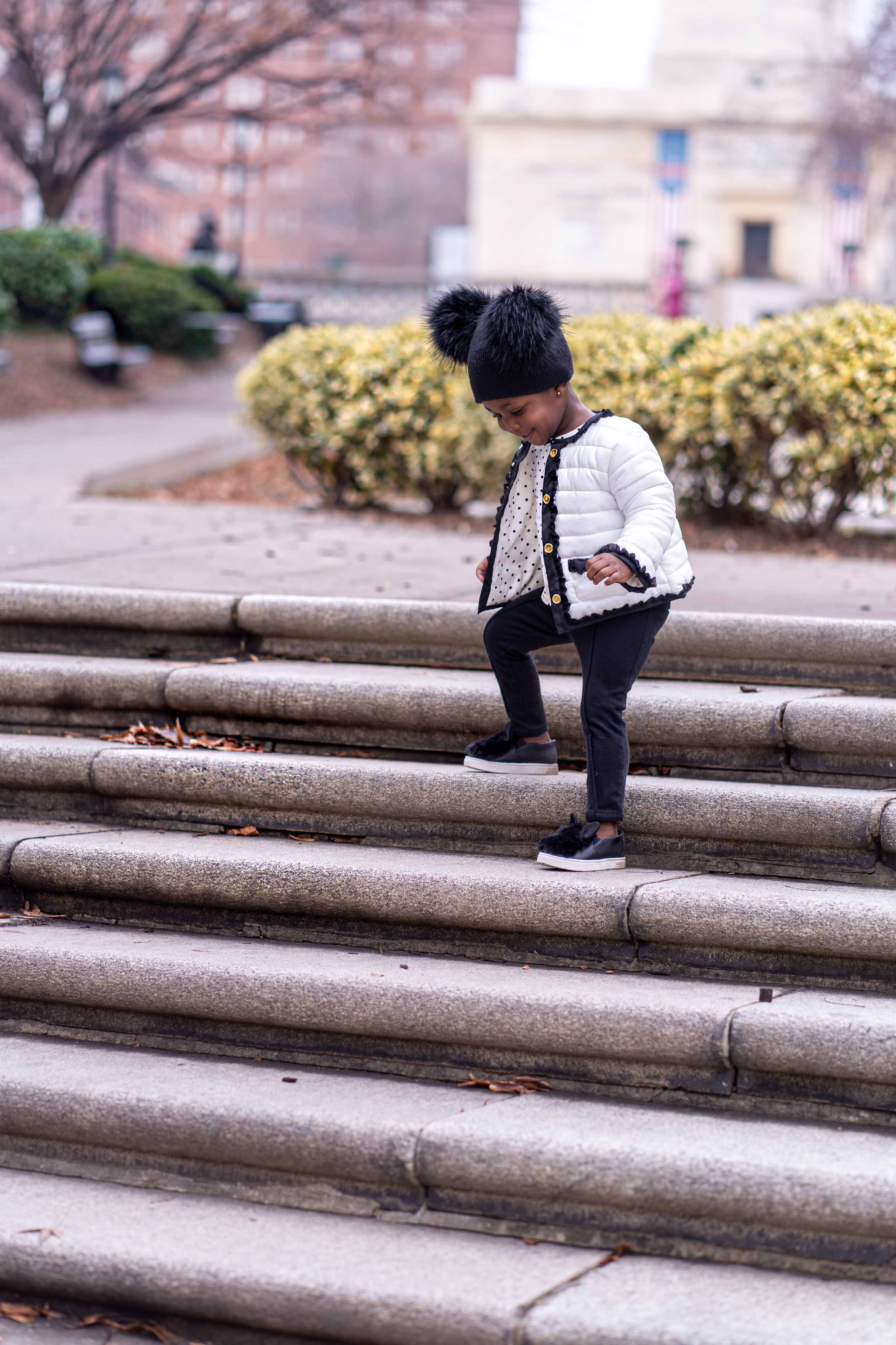 How to keep your toddler stylish and playful in one look! 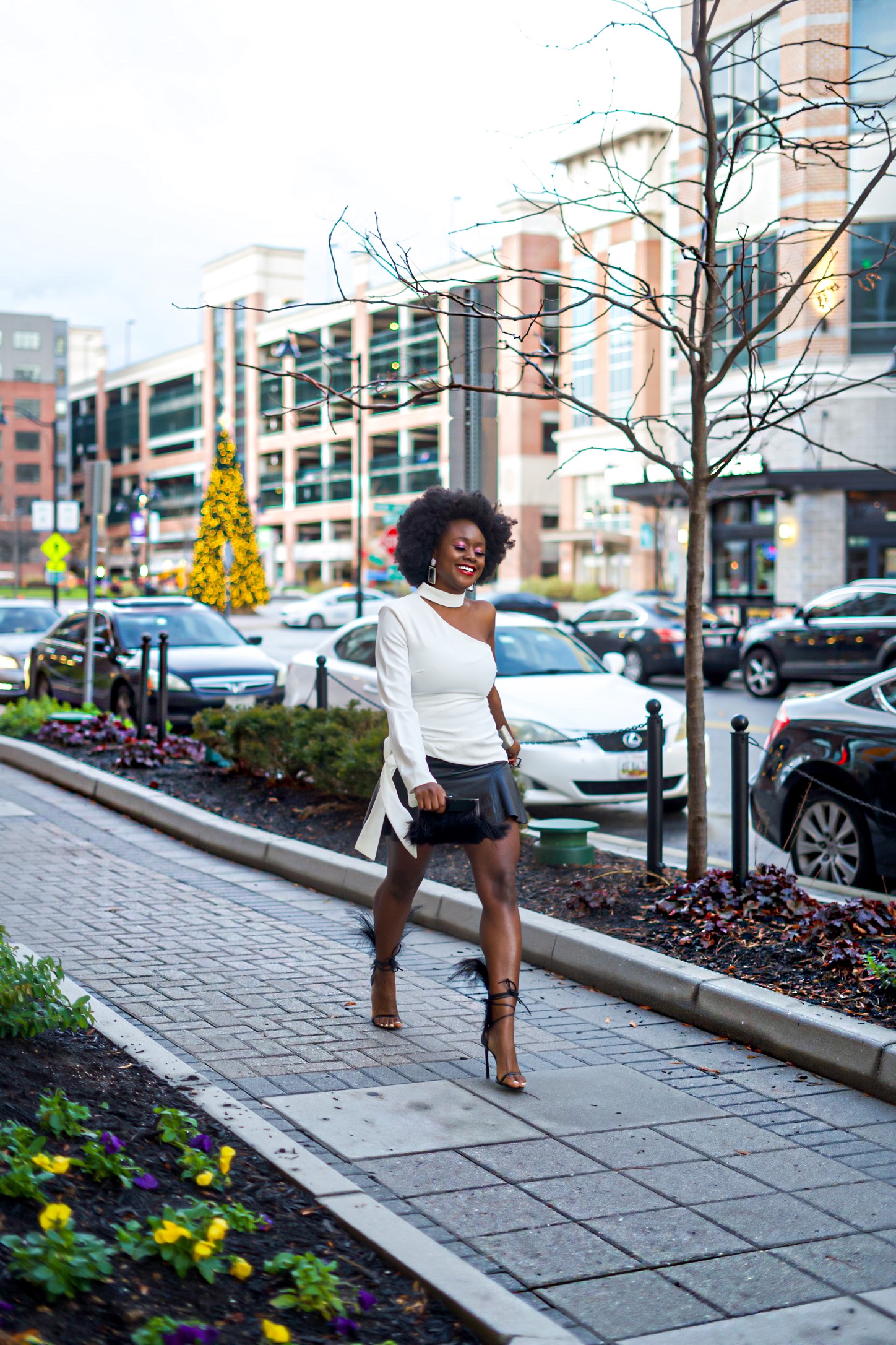 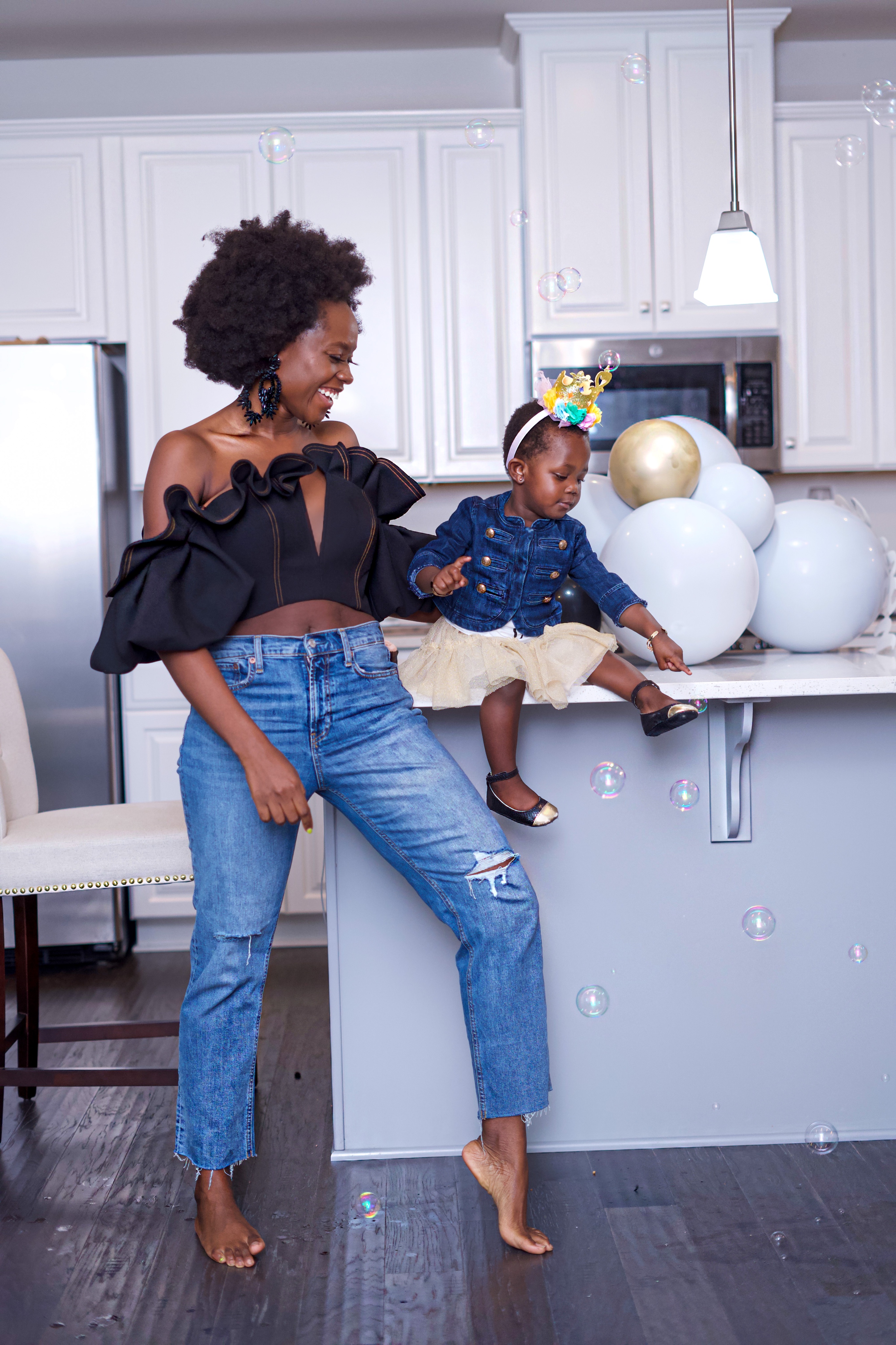 Five Things I learned about motherhood in 2019 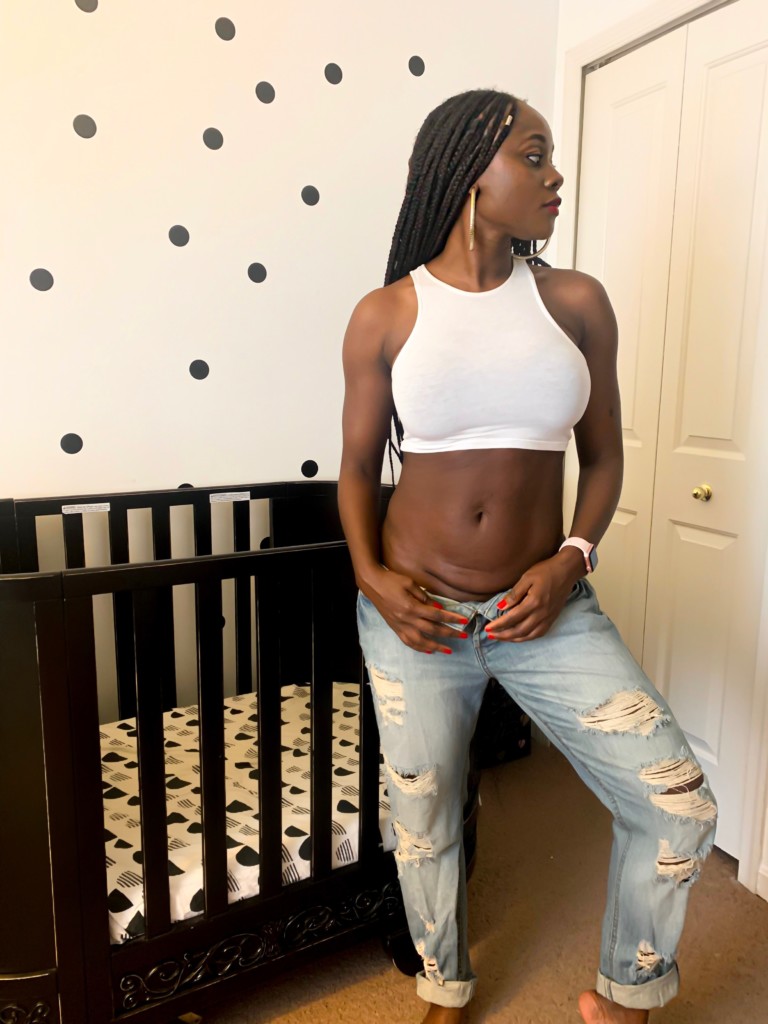 I found out I had Uterine fibroids shortly after I got married. The OB-GYN told me I had two and gave me assurance that they were so small I didn’t need to have them removed. I didn’t know much about it and it’s also a taboo to talk about such in my culture. It makes me sick to my core that we don’t talk about such. When it’s time to fill out questionnaires at the doctor’s office about diseases that runs in my family I never know how to answer because we are NEVER told. We are trained to pretend like everything is ok and not share what we go through with one another. I asked the doctor if it would cause infertility but he assured me that it wouldn’t. As a matter of fact, he said they were so small that if I wanted them removed, they would be taken out via my belly button. After this I found out that there are many people living fibroids, especially black women. Apparently, nobody knows that causes it and even after getting it surgically removed, it can grow back. I was doing everything you’re asked to do in order to prevent having fibroids- healthy living, exercising etc. I just think it’s such a shame that women’s health isn’t taken as serious as they should. This male doctor didn’t tell me much about the fibroids, the long and short-term effects- absolutely nothing. The doctor also told me that I couldn’t get on birth control because of the different hormone levels and that the traditional pill was my only option. I had to do my research to find out more about it and also found out more information when I switched to a female OB-GYN. My doctor was appalled when I shared what the male doctor told me about contraceptives options- it was all a lie. One of the side effects of having fibroids is heavy bleeding and pain but I didn’t experience any of those. Bleeding and cramps during menstrual cycle actually improved.

Seven months later I found out that I was pregnant…

During pregnancy, one of the fibroids grew bigger because of the increase of hormones. When a woman is pregnant, the estrogen levels rises. There are also women whose fibroid(s) shrinks during pregnancy. My doctor said my baby bump showed very early because of the fibroids. People experience different things with fibroids. I know someone who would feel excruciating pain the day after overworking herself while pregnant. I experienced this once and it was almost as painful as being in labor. It started during a Sunday service, I had to leave the main auditorium. I can only describe it as a burning sensation, it felt like my entire stomach was on fire. Olu wanted us to go to the emergency but I knew what caused the pain so I insisted on waiting it out. Being pregnant, I also the chances of any meds being gives to me were slim to none and didn’t want to waste my time. I reached out to someone who was also pregnant with fibroids and she told me that it wasn’t uncommon for her to experience such. I really overworked myself the previous day and I think that was the trigger. This is why it’s so good to be open about these things but her experience was what comforted me. I’m just so thankful to God that it was a one-time experience. Throughout my pregnancy, this was a constantly prayer from my family and I and God answered my request.

Fast forward to the delivery room

I was in labor for about 24 hours and had to deliver Ire via C-section because of the big fibroid. The doctors kept trying to bring her out but it was in the way. I got tired of waiting and her heartbeat was dropping so I told them to forget about natural birth. I wanted them to remove the fibroids during delivery but was told that was a procedure for another day. The only way the doctors would have removed them was if it got in the way of them delivering Ire. Having fibroids doesn’t mean you can’t experience natural birth, it differs for each person. I know someone who has fibroids and had natural deliveries with both her babies. There are also people who can’t having children because of this. This is why I encourage every woman to make the gynecology appointment because you have absolutely nothing to lose.

Six weeks after giving birth, my doctor gave me an ok to start exercising again, but I couldn’t do it. I wasn’t mentally prepared and I kept getting scared that my incision would open so I really took my time and started working out on my own terms. The sizes of the fibroids didn’t change and the only time I felt pain was when I pressed my stomach. The big fibroid was visible, especially when laying on my back. Anyone who touched my lower abdomen could also feel it, it felt very hard.

Can we please talk about my incision scar?
I HATED it with a passion and it made me so self-conscious. To the point that I didn’t want to be naked around my husband, call me dramatic but I don’t care. The stretched marks that came after giving birth was ok but this scar, I didn’t like. I know two people who had C-section delivery shortly after mine and theirs looked so much better. Their incision was a littler lower than mine, and it didn’t give them a pooch. I later found out that my incision was done the way it was because of the fibroids, they had to cut around it. After a few months, I adjusted and got used to my new stomach. Would I like the little pooch to go? Absolutely!! My OB-GYN said it may leave or stay like this but I can no longer be bothered. Now I’m totally fine with it and just grateful to God for being healthy.

I had to wait about seven months before I could do a myomectomy- surgically remove the uterine fibroids. The ultra sound I did showed that the small fibroids had disappear- yes they do shrink or disappear sometimes. It was truly God that came to my rescue. I underwent surgery in April and was so relieved after that. Although the fibroids didn’t really have any physical effect on me, I didn’t want to go through another pregnancy with fibroids. Everything went well and I was able to recover within six weeks. They reopened my C-section incision and the surgery took a total of two hours. It was an easy fix because of where the fibroid was- outside my uterus. It was a major surgery, pretty much another C-Section. This time was so much easier because I didn’t have any newborn baby to worry about, Ire went to stay with her grandparents for about a week. I had to really chill and let Olu my caretaker and both mommy and daddy to our baby girl for a while. Shout-out to my boo and our family members.

I bless God for my recovery.

The first two days is always the worse, walking, laughing and coughing hurts. One of the meds administered is oxycodone which cause constipation. You’re also given meds to help with bowel movement because you have to be very careful not to do anything that could reopen the incision. I spent two nights at the hospital, God bless my husband for being with me. The first day of recovering, you’re literally in bed all day and there is a urine drainage bag connected to you etc. By day two, you use the bathroom with the help of a nurse and slowly start walking around. This helps with blood flow and prevents blood clot. Just like a C-section recovery takes about six weeks. If you’ve experienced C-Section, it’s literally the same thing all over again.  I had two follows with my OB-GYN after the surgery. Two weeks after myomectomy and four weeks later to make sure everything is fine and that you’re not dealing with infections. The doctor lets you know if you’re cleared to exercise after the last visit. These visits takes less than 10 mins. During recovery, you have to really take things easy. You have to pat the incision area dry with towel after each shower. You’re told to stay away from cooking for about a week, heaving lifting, constantly walking up and down the stairs, walking is recommended but not too much. Stay away from pretty much anything that could hinder your incision and belly muscles from healing. Oh yea, ladies no sex until the doctor clears you- six weeks later.

This post is to bring awareness to fibroids because about 80-90% of black women will experience this by age 50. I can bet with you that at least one of your female friends has this and I think it’s something we ought to talk about. Any woman who has gone through this, I just want you to know that you are a fighter, a warrior and I salute you. I hope this post helps anyone who has any questions in regard to this topic. Feel free to leave a comment, email me or DM me on Instagram if you have any comments or questions.

How to keep your toddler stylish and playful in one look!